← more from
Fire Talk
Get fresh music recommendations delivered to your inbox every Friday.
We've updated our Terms of Use. You can review the changes here. 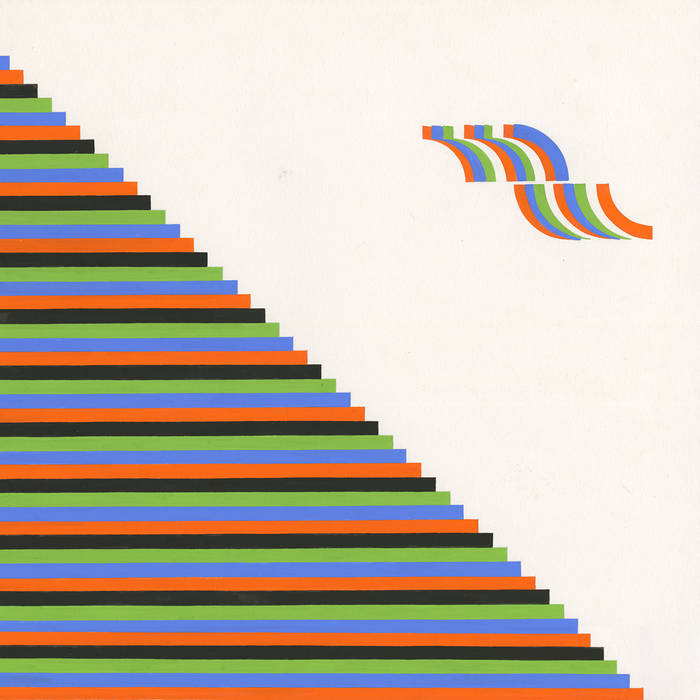 Hi. This is Jeff. This is the 5th Campfires album. The last one, “Tomorrow, Tomorrow”, came out about 5 years ago, also on Fire Talk. During those 5 years Campfires existed as a live band and played out every once in awhile, mostly in the Pacific Northwest. I also played in a few other bands with friends, mostly just having fun. I worked my day job and watched seasons pass and eventually my wife and I had a baby daughter named Lucy, named after “Lucy in the Sky with Diamonds”. I wrote a song for her while she was still in the womb. Unsurprisingly, that one is called “Lucy’s Song”, and is the last song on this album. It’s my attempt to capture sonically all the mystery and magic of getting to learn about this little being, from hearing her heartbeat to seeing her as blurry streaks of light in a hospital room, to meeting her and seeing a billion years of the struggle to be alive renew itself again in front of me.

The songs that ended up on the album follow a couple of common themes. The main theme is the passage of time, and how things quietly drift and flow together and apart, creating new, strange or wonderful or sad forms and casting old ones aside. “Down, Down, Down” is about that. It’s part acidic self-parody about “aging out”, part comment on how the ideas of being a bystander and a participant have become so deeply confused in the internet age.

“I’ll Go Home” is about thoughts of a past that can no longer be returned to, or the feeling, as you get older, of all the negative shapes of lives you didn’t actually lead pressing into you as you walk through your everyday. The chords are inspired by one of my all time favorite songs, “Mindless Child of Motherhood”, written by Dave Davies of the Kinks.

This album was mostly recorded on the Oregon coast a few months ago. My friends and I rented a house overlooking the sea and made the basement into a little recording room. We did some overdubbing in Portland over the summer in our practice space. We share a wall with some of our favorite bands in town, so you can hear Lithics practicing as “Grand Central Song” fades out, and the Woolen Men let us borrow some mics. We think Portland has a great music community right now, and we’re excited to share our little piece of it as captured in this music.

The other influences on this album, and the Campfires sound in general, are probably not too hard to figure out. An enduring love of the Kinks and early Byrds records, and the aesthetics of raw 60s garage and early 80s punk and anorak pop like Television Personalities or stuff off of Sarah Records are the main ingredients. Some of the poppier Velvets stuff is a touchstone as well, especially for tracks like “Jackal’s Maw”, which is about us killing the planet, and how modern man is sickeningly disconnected from ancient truths of nature. Then there’s ambient music and experimental tape work. I try to capture my love for outsider work like Dadamah or the specific 90s tape sonics of Duster at times on the album as well.

This album, just like every other Campfires album, isn’t perfect. Campfires is a protest and a refuge against all the crushing commodified perfection that we all have to deal with every day. It’s a place to celebrate the fact that something doesn’t have to be perfect to be great. In fact its much better if it isn’t perfect. The idea is to try, like so much strange, wonderful, mysterious music throughout history — just to do something true.

And that’s what we tried to do here. I’m so glad and grateful to be able to share it with you. Thanks for listening.

Recorded and Mixed by Campfires
Mastered by Timothy Stollenwerk

Bandcamp Daily  your guide to the world of Bandcamp